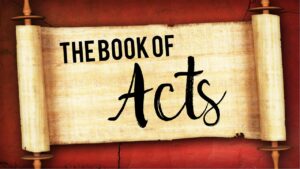 Hi everyone! I’m Karen Collier. I’m one of the elders here at Riviera. I want to thank Pastor Missy for allowing me to speak to you today.

The book of Acts is filled with so many interesting and exciting stories. The story of the encounter of Peter and Cornelius is one of them.

One of the big issues that was dealt with as the church was in its infancy was the relationship between the Jews and the Gentiles. The 12 disciples of Jesus were all Jewish, and Peter was one of the leaders of the early church. He preaches the first sermon in the book of Acts.

As time went on, God began to reveal to the early leaders that he was the God of all men, not just the descendants of the Jewish faith. This was difficult for some to believe. They began attaching rules to becoming a Christian, such as being circumcised and following the dietary rules of the faith.

So when Cornelius, a Gentile (which basically meant anyone who wasn’t Jewish) received a vision from God, he was told that he was recognized for his benevolence to others and his dedication to God. So he was told to send for Simon Peter to learn more about the Christian faith.

At the same time, Peter had a vision. An array of animals were lowered down on a sheet. Some were forbidden as food because of the dietary rules of the faith. God told him to eat them. He responded that he couldn’t because it was unclean.

So here’s the key verse of this story. God replies “Do not call anything impure that God has made clean.”

I’m sure this was eye-opening to Peter. So when the servant of Cornelius shows up to get Peter, he is willing to go with him. As a result, Cornelius and his family became followers of Christ.

This story has a strong message for us today. Our country is facing some hard facts about how we have treated people of other races and cultures, all the way back to Native Americans and African Americans. We’re learning terms we may have never known before such as Juneteenth, which commemorates June 19th, 1865 when the last slaves found out they were free. In the black community, it’s equivalent to the 4th of July. I think we all should celebrate it as the end of slavery in our country.

Even though I grew up in New York, my parents were both raised in the South. My father in Houston Texas and my mother in Nashville Tennessee. So both sides of my family can trace back to involvement in the Confederacy.

It’s difficult for some of us to admit we have prejudice in our hearts toward people who are different than us, whether it be race, religion, or sexual orientation. And the white church in America carries a lot of responsibility for all this. A lot of churches were in support of slavery, segregation, and ostracizing those in the LGBTQ community.

I grew up in a denomination that believed women shouldn’t have any kind of leadership in the church, except taking care of and teaching children and other women. There’s a verse in 1 Corinthians 14:34 that says “Women are to keep silent in the churches, for they are not permitted to speak” That was a verse men loved to quote! You can prove almost any point from the Bible if you take it out of context.

I’ve had to go back and realize some of the things I was taught in church and in school about others who were different were totally wrong, and in most cases, against the actual teachings of the Bible. I think all of us are feeling pain right now because of recent events, especially regarding the unfair treatment of our black brothers and sisters.  There’s a motivation in this country to help heal some of the deep wounds caused by the people who have been in power in our country.

I’m so thankful for Riviera church because we face tough issues head-on. Our mission committee is hosting movie nights this summer where we watch a film based on one of these issues. We watched a movie about gun violence last month and this month we’re watching a documentary called 13th, which speaks to the history of slavery, the drug war and incarceration of black people.

These are not easy issues to face, but ignoring them is not the answer. As Christians, we are called to reflect the life of Christ. He accepted many who were disenfranchised during his time on earth. Women, tax collectors, prostitutes, Gentiles, and the list goes on and on. As Christ-followers, we need to strive to do the same.

I pray that during this challenging time in our country that we can love and support each other as we try to make a positive difference.  AMEN