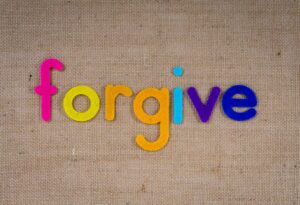 Last Sunday we finished up our summer sermon series on the Book of Acts. For those of you who followed it throughout the summer, I must tell you that you now know more about Acts than most seminary students.

Today we will turn to the Gospel of Matthew and will continue in Matthew, studying Jesus’ teachings for the next 10 weeks. Many of the lectionary readings from Matthew in these weeks are parables. Today is one of them.

Listen to God’s message to us today as it is found in the Gospel of Matthew  18:21-35 where we hear the ‘Parable of the Unforgiving Servant’.

21 Then Peter came and said to him, “Lord, if another member of the church[a] sins against me, how often should I forgive? As many as seven times?” 22 Jesus said to him, “Not seven times, but, I tell you, seventy-seven[b] times.

The Parable of the Unforgiving Servant

23 “For this reason the kingdom of heaven may be compared to a king who wished to settle accounts with his slaves. 24 When he began the reckoning, one who owed him ten thousand talents[c] was brought to him; 25 and, as he could not pay, his lord ordered him to be sold, together with his wife and children and all his possessions, and payment to be made. 26 So the slave fell on his knees before him, saying, ‘Have patience with me, and I will pay you everything.’ 27 And out of pity for him, the lord of that slave released him and forgave him the debt. 28 But that same slave, as he went out, came upon one of his fellow slaves who owed him a hundred denarii;[d] and seizing him by the throat, he said, ‘Pay what you owe.’ 29 Then his fellow slave fell down and pleaded with him, ‘Have patience with me, and I will pay you.’ 30 But he refused; then he went and threw him into prison until he would pay the debt. 31 When his fellow slaves saw what had happened, they were greatly distressed, and they went and reported to their lord all that had taken place. 32 Then his lord summoned him and said to him, ‘You wicked slave! I forgave you all that debt because you pleaded with me. 33 Should you not have had mercy on your fellow slave, as I had mercy on you?’ 34 And in anger his lord handed him over to be tortured until he would pay his entire debt. 35 So my heavenly Father will also do to every one of you, if you do not forgive your brother or sister[e
] from your heart.”

Peter asks Jesus what any of us would have asked if given the chance.   Jesus, all this talk of love and mercy is great, but what is really required? What are the limits of this forgiveness thing? We all want to know how we live as faithful followers of Jesus. We want to know how we can model Christ’s ethic of love and mercy and we know that each person must wrestle with this his/her/or their selves in their faith journey.

And perhaps today, in this time where the modern fusion of politics and right-wing religion have somehow warped our understanding of discipleship and living out a faithful life, these questions become even more important.  And Jesus means for them to haunt us and cause us to reflect uncomfortably on our own actions and lives.

Jesus answers Peter that we must forgive those who sin against us, those who owe us 77 times. And then to show us the importance of this he tells a parable in which we understand we are the sinner and the person who others have sinned against, we are the trespasser and the person being trespassed against, we are indeed the person with the debts and the debtor. It is an interesting story of one person being forgiven his debts and then that same person whose debts were forgiven not being able to forgive a debt of another. And the messages are that we are not to keep an accounting of the misdeeds of others as generosity has nothing to do with keeping score or getting even. Grace and forgiveness are not offered as some sort of deal but extended out of love.

‘In the Origin of Others’, Toni Morrison writes that the questions are why we forgive when resentment is so much more satisfying; why be merciful when ruthlessness gets rewarded, and why should we withhold judgment on others when condemnation feels so good?

Two weeks ago, in Cleveland, a horrible thing occurred. A man who suffered from depression killed his wife and two children. It is a bit more personal for me as the man’s cousin is a good friend of my sister and he and his wife were visiting my sister in Wyoming when the murder/suicide occurred. My sister’s friends flew back home to Cleveland to a very shocked, grief-stricken, and angry family and community. And it has now been two weeks. The reports are in, the memorial services have occurred, and one must ask how this extended family, both the wife and the husband’s will go on living. They will continue to search for answers and they will never fully understand everything. They will wrestle with grief and anger and perhaps a bit of guilt. But in the end, to continue, they will have to forgive. And as hard as it is, they will have to forgive him 77 times if they want to continue living.

Thank God, stories like this are rare and far between. We do not have the same horror stories in our personal lives. But, the need to be forgiven and to forgive is still as important. Jesus told a story in which we all are the characters… the ones who need to forgive and the ones who need forgiveness. We are the person needing mercy and the person who must show mercy to others.