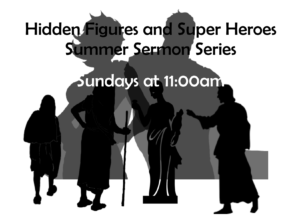 The story of Esther begins with the brief history of Xerxes’ first wife, Vashti. King Xerxes was the King of Persia, with an empire that was as vast as it was wide. As we begin to read the book of Esther, we find the King, in his third year of reigning over his kingdom, deciding to throw an enormous banquet for all his nobles and officials. Even the military leaders and nobles of the other provinces in his kingdom were present.  The King’s banquet was so elaborate and large that it lasted for six full months. There was plenty of wine, plenty of food and by order of the king there were no limits for either. While the guests were getting fully fattened and happy with drink, the king also showed his guests all his kingdom and all his possessions.

Now, when the time came, and the king had shown his guests most of his wealth and adequately stuffed them to the brim with food and wine, he sent his eunuchs to go fetch his most prized possession, his Queen. Vashti was a very beautiful woman and the King wished to show her off to his nobles, by request, wearing her crown and not much more.

When the eunuchs went to Vashti and conveyed the King’s request, Vashti said “no”. She said no!

The Eunuchs returned to the King with Vashti’s answer and he became so outraged he burned with anger! The King went to consult with his experts and wise men, for they were knowledgeable in the law and justice and he asked them what should be done with the Queen for she did not obey the King’s command to appear before him. The wise men advised the King that Vashti not only did wrong by him, but she also did a grave wrong to all the men in his kingdom. They went on to state that the Queen did such a wrong that they believed her actions would cause all the men’s wives to also disobey their husbands, because of the Queen’s actions, and that this uprising would see no end. Therefore, they concluded that Queen Vashti should be banished from the Kingdom never to return, and they also went insofar as to request a decree that ALL the women shall respect their husbands and every man should be the ruler of their own household.

Vashti was never heard from again.

Now, after Xerxes had time to let his anger subside, he thought about Vashti and what he had done to her. The attendants in his court proposed that he search for a new Queen to replace the one who was banished, and they searched far and wide for a new Queen for the King.

Esther was an orphan who was raised by her cousin, Mordecai. When the King was looking for a new Queen, Esther made sure she was part of the harem from which he would choose. All the women in the harem liked Esther and eventually, she caught the eye and the favor of the King. In no time, Esther became the new Queen of Persia. What Xerxes did not know was that Ester was a Jew and this fact becomes a deciding factor later in Esther’s story. Esther’s cousin, Mordecai was the leader of all the Jews who had found refuge in Persia after having been exiled from their own lands and it was Mordecai who urged Esther to hide her true self and keep her faith from the King, which Esther did.

Meanwhile, one of the King’s advisors, Haman, rose to great power within the court and because of his new-found power, demanded that all who see him to bow down to him. When Mordecai refused to bow down to Haman, Haman became furious! Haman and all his fury went to the King and requested the king authorize a royal decree to kill all the Jews in Persia. The King agreed to this request and a date was set to eradicate the Jews.  When Esther and Mordecai learned of the plot, they were forced into action. Mordecai went to the gates of the city dressed in a sackcloth and mourned, while Esther went and prayed and fasted for three days before coming before the King. Esther knew that coming before the King without being summoned by the king was a dangerous act that could be punishable by death. After the three days, Esther went to the king thinking the worst, but when she saw the King, he was kind and calm and happy to see her. He let Esther know that she can request anything from him. The only thing that she requested, was that Haman and the King dine with her that evening. At the dinner that night the king again asked Esther what it was that she wanted. Esther replied that she would like the King and Haman to come to a banquet which she would prepare for them. The King agreed. Haman was thrilled to have been asked to dine with both the King and Queen on consecutive nights, so much so that he was filled with pride. Later, Haman again saw Mordecai at the king’s gate and again demanded that Mordecai bow down to him. Again, Mordecai refused, which did not please Haman at all. Haman was so outraged that he plotted to kill Mordecai and he planned to speak to the King about his plot the next morning.

That same night, the King remembered a time when Mordecai saved his life and he asked his attendants if Mordecai was ever rewarded. His attendants stated that Mordecai was not rewarded, so the next morning when Haman arrived, the King asked him what reward should be given to the man whom the King gives honor? Haman, and his pride, thinking that the king was speaking about him answered that the man should be rewarded with a royal robe and a horse. The king agreed and requested Haman to go find Mordecai, so he could give him such a reward. Haman again was furious but did as the King requested. Now, the banquet took place and during the event, Esther came to the King and finally revealed to the King that she was a Jew and to not follow through on the decree to kill her people. Esther again won the favor of the king and her people were spared. Finally, Haman was ordered by King Xerxes to be put to death after one of the King’s attendants let it be known to him that Haman had plotted to kill Mordecai.

Wow! Two very different women’s stories and two different heroines, each making choices born out of courage despite knowing and even facing the consequences of their actions. Vashti was the Queen who said no and was never heard from again. Some commentators on Vashti’s story relate her to being possibly one of the first brave actors of women’s rights and to be honest, when I read her very short few paragraphs at the beginning of Esther, I couldn’t help but think of the brave women this year who stood up to sexism, abuse and degradation by men who thought much like King Xerxes; that women are just ornaments to gaze upon with drunken eyes.

The women who started the Me-Too movement had made a choice just like Vashti, to say no to being treated poorly and yes to taking hold of their lives, their bodies and their self-worth. The millions of women worldwide who marched in the name of women’s rights, also did it for the sake of equal respect and body ownership. These women declared “no more!” despite knowing there could be consequences, and there were. These women were called names, called whiners and weak by the very men of whom these women were protesting! But they carried on, and the movement changed lives. It empowered women, like myself and men of all ages, to come out and tell their stories. These people are my heroes.

In the story of Esther, she defied the rules and went directly to the king to speak to him, knowing that she could be killed. She knew this was a possibility and basically stated, and I am paraphrasing here “if I will be killed, so be it”. She made herself vulnerable by revealing to the king that she was a Jew and that information helped save her people. Both acts took courage at the right time.

While I was pondering how I was going to write my sermon, each time I thought about the actions of Esther and Vashti, my mind kept going to other brave women such as Rosa Parks, who out of courage took it upon herself to take a stand against what the world told her was how her life was supposed to be; that she was not an equal person and would not be treated as such. When she sat at the front of that bus she became a hero. She became a hero to all who were oppressed and hated during that time.

I can think of many women and men in my daily life who I consider heroes. These men and women have been inspirations to me and countless others and each have their own stories. Each one has their own acts of bravery and courage regarding making right decisions at the right time; to save others, to change rules, to march for equal and civil rights.

Each one of us has the potential to be a hero to someone else. All it takes is a moment in time, the right moment, and one faithful leap of courage and determination to do what is right and just, not only for personal sake, but for the sake of other’s who may see, read, or hear your story someday. We all can be an inspiration to countless others in our lifetime! But you know what? It’s okay if your time doesn’t or hasn’t yet come. If we keep the idea of courageous acts and walk faithfully in justice, everything will work out how it is supposed to work out. If you have a hero in your life, including yourself, because sometimes we must be our own hero, celebrate them, and you. The world needs heroes. The world needs justice and love and self-worth. Take a step. Say no, when you need to, sit down where you want to, and speak up when it’s right, but do them with kindness and courage.