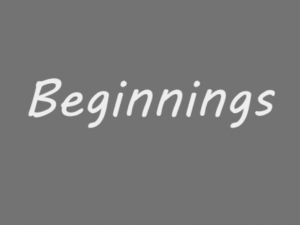 Our scripture this morning takes us to the site of the temple complex in Jerusalem.  From the Gospel of Mark, chapter 13: verses 1-8, we read, “As Jesus was leaving the temple, one of his disciples said to him, “Look, Teacher! What massive stones! What magnificent buildings!  “  “Do you see all these great buildings?” replied Jesus.  “Not one stone here  will be left on another;  every one will be thrown down.”  As Jesus was sitting on the Mount of Olives opposite the temple, Peter, James, John and Andrew asked him privately, Tell us, when will these things happen?  And what will be the sign that they are all about to be fulfilled?”   Jesus said to them:  “Watch out that no one deceives you.  Many will come in my name, claiming, ‘I am he,’ and will deceive many.  When you hear of wars and rumors of wars, do not be alarmed.  Such things must happen, but the end is still to come.  Nation will rise against nation, and kingdom against kingdom.  There will be earthquakes in various places, and famines.  These are the beginnings of birth pains.” (THE WORD OF THE LORD)

As Jesus is leaving the temple, one of his disciples comments about the magnificence of the building, especially the massive stonework.  And indeed, it was magnificent!  Herod had begun construction in 20 BC, and here it was some fifty years later that workers were still putting the finishing touches on it.  It was a humongous stadium-like building (actually a complex of buildings) adorned with gold outside.  The inside, was embellished with more gold, silver, and finely polished cedar. Great columns supported a high ceiling.  It was truly one of the great wonders of the world and…it was God’s earthly home.

Jesus’ retort was somewhat pert. “Do you see all these great buildings,” he asked? Not one stone here will be left on another; every one will be thrown down.”  Is Jesus speaking in Daniel-like terms of the cosmic final battle or more near –term ends brought about by religious and political forces?  Perhaps he was referring to both.  Was he referring to annihilation, cataclysm, devastation, decimation, and end of the world – Armageddon?  Or was there, metaphorically, quite a different message in his words?  Might he have been referring to the attempt to construct an edifice to contain God, to, in a sense, place God under the control of man?  I don’t know.

The Bible contains many references to end-time prophesy –1& 2 Timothy, Matthew, Daniel, Acts, 2 Peter, Habakkuk, Isaiah, 1 John, and of course – the most striking – Revelation!  Here, in Revelation 6, we can read about Christ’s opening the seven seals on the scroll of prophesy.  No, I’m not going there.  In the process of leading our adult Sunday school, I haven’t found any scriptures from the book of Revelations included in the lectionary.  As opposed to the more evangelical traditions, it seems that the reformed faiths rather downplay the book owing to its apocalyptic emphasis and the questionable credibility of the author/authors.

But hold on here!  It’s true that many folks are uncomfortable with Revelation but seemingly not with the concept of apocalypse.  It appears that many of us love cataclysm and annihilation, but perhaps not in the way revelation lays it out.  According to Wikipedia, Hollywood and others produced about 80 apocalyptic – themed movies in the last year or so, with such titles as “The Darkest Hour,” “The World’s End,” and “Zodiac: Signs of the Apocalypse.”  Almost nightly, I see one or more advertised on T.V.  There seems to be high demand for disaster, invasion, annihilation cataclysmic destruction, decimation and death.  There’s a bit of irony on my part here.  I will not watch these movies, but I have no compunction when it comes to watching the eleven o’clock news.

Forecasting the end of the world is nothing new.  It has been going on for centuries. Technology has taken us a long way from Orson Welles 1938 broadcast of “War of the Worlds” – a realistic radio dramatization of a Martian invasion of Earth, which resulted in near panic for thousands listening to it.  My mother, who was born in the late 1800’s and brought up in rural Wisconsin, once told me that, as a child, she had heard about people being frightened and believing in rumors of the end of the world.

We’re a lot more sophisticated now, and gurus and prophets are able to spread their messages farther and much faster than in previous centuries. But even though the more existentialistic and materialistic-minded Christians might tend to dismiss end-time prophesy as far too quaint and mystic, many still gravitate to the movies to enjoy the devastation.  Be that as it may, end times prophecy is not going to cease along with predictions of exact dates for it.  I love the comic strip Peanuts, a comic strip continuing to run in a number of papers years after the death of its creator.  One episode has Peppermint Patty in great turmoil about the eminent end of the world.  Patty asks her friend Marcie, “ What if the world ends tonight?”  Marcie replies, “I promise there’ll be a tomorrow, sir.  In fact, it is already tomorrow in Australia.”

Now back to Jesus’ reply to his disciples.  “Watch out that no one deceives you.  Many will come in my name, claiming, ‘I am he,’ and will deceive many.”  Just what kind of deception is Jesus referring to here?  TV preachers, many of highly questionable integrity, are still finding ready audiences willing to open their wallets.  Remember the televangelist Jimmy Swaggart?  I’m old enough to.  In 1988 he shed tears before 8000 people after being caught with prostitutes. He became the poster boy for corruption in the evangelical revival circuit and he’s still on TV today.  I saw him a few weeks ago pitching an evangelic TV talk show.  No, there is no shortage of deception. We have a president who continues to claim himself as the American “savior” and has told thousands of lies and mistruths with no end in sight.  Considering all the political division and upheaval in our country and world today, it’s a perfect time for more apocalyptic prophecies and devastation movies, and it doesn’t appear that deception is at all on the downturn.

Jesus continued, “When you hear of wars and rumors of wars, do not be alarmed.  Such things must happen, but the end is still to come.”   The United States has been at war 222 out of 239 years, 93% of the time.  Since 1776, the U.S. has been at peace less than twenty years.  Nation against nation – kingdom against kingdom, it doesn’t stop!  We’re not short of natural disasters either.  In the past year, recall hurricanes Michael and Florence, the worst California wild fires in its history, Guatemala’s Mount Fuego eruption, Hawaii’s Mount Kilauea eruption, the Papua New Guinea and Mexican earthquakes, the Haiti earthquake, the Indonesia earthquake and tsunami, and drought in Madagascar.  The list goes on.  So also, we do not have to search very far to read of hunger and famine – no farther at times than our own communities.

When it comes to eschatology (the study of last things), folks are all over the map relative to the literal, spiritual, or metaphorical aspects of it. Our Presbyterian Church USA has some clear teaching and strong convictions relative to the end of the world.  The theology includes such issues as the return of Jesus Christ, God’s final judgment, and the full reign of God. But one thing stands out in our reformed tradition – Presbyterians reject idle speculation about end times.  Matthew 24: 36 states: 36 “But about that day or hour no one knows, not even the angels in heaven, nor the Son,[a] but only the Father.  For most of us, our faith that God’s purposes will one day be brought to completion is sufficient.

God sent his son to show us the way and Jesus died on the cross at Calvary accomplishing that purpose.  I believe God has a plan for us, but each of us has a free will to walk the path that Jesus walked or walk one of our own choosing.  Our spiritual concerns need not focus on such as end of time.  Let it rather focus on end of divisiveness and discord – end of bitterness and animosity – end of fear and hatred – end of poverty and hunger – and end of immorality and deception.

Eugene March writing for the Presbyterian Mission Agency put it this way: “Presbyterians, along with other Christians in the Reformed family of churches, approach this subject with one central affirmation: God alone is sovereign and free. All that is has been created by God. Time flows from God’s initial act of creation, through God’s acts of redemption, until God’s full purpose is finally accomplished.

Through Scripture, and as witnessed by God’s people across the centuries, the one God is known to be gracious and loving. God intends good for the whole of creation. In Jesus Christ, God has dramatically and uniquely revealed the goal of the divine purpose: reconciliation, justice, peace, wholeness, the “good” that marked each part of God’s first creation.

Although there is evil in the world, evil will not finally prevail over God. Despite the realities of sin, pain, disease, oppression and greed, the good purpose of God will finally be realized. This affirmation sounds to many in today’s world like wishful thinking, but for Presbyterians this conviction is simply the place to begin. God’s sovereignty and freedom are the bedrock for Presbyterian reflection on the end times.

One immediate consequence is a reduction of the anxiety level. Since God really is Creator, Redeemer and Lord of all, we need not fear. Clearly there are times of uncertainty, but this need not lead to despair or cynicism. There is simply no need to speculate about when or how God’s purpose will finally be accomplished. It is enough to be certain that it will.” (end of quote)

In our scripture this morning, we found Jesus downplaying a majestic temple and going on to speak of things to come.  The last sentence of our scripture this morning reads, “These are the beginning of birth pains.” As the baby travels through the birth canal, the mother feels great pain, pain never experienced by we of the opposite gender.  During those very moments, the mother may even wish that the pregnancy never happened.  As we read about and view the horrendous events taking place in our country and around the world, all of us can both recognize and feel the pain brought about by sin – our failure to follow God.

All of us would like to see less moral and physical destruction and the tearing apart of the social fabric of our society, so let us pray that our energies be invested in addressing the many problems caused by our many failures to follow God.   Rather than worrying about these problems or speculating about God’s decisions, let us work together with God’s help to work toward riding our world of hate injustice, bigotry, racism, sexism, homophobic behaviors, and vindictiveness.

Let us remember that the fruition of birth pains is beginning – new life.