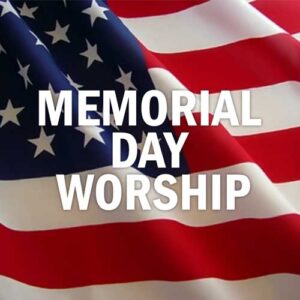 Today we begin our summer sermon series on the Book of Acts.  I was brought up as a good Presbyterian child.  What I knew about the Bible was through the sermons delivered on Sunday and the wonderful Hebrew Bible stories brought to life by my Sunday School teacher Mr. Landgraf.  The Rev. Henry Anderson’s sermons were filled with historical Biblical criticism so I was comfortable with that too.  But… like a good Presbyterian child of the 1970s, I had never actually read the Bible.  So, I was so amazed and delighted when I found out in college that the Gospel of Luke and the Book of Acts were actually considered a two-volume set!  Imagine that!  A two-volume set of books within the Bible! It took me until I got to seminary to learn there were other sets as well.  But in Luke and Acts the books even begin by being addressed to the same reader: Theophilus. ‘Lover of God’  The writer says in the first sentence of Acts that his Gospel account where he wrote about all that Jesus did was indeed his first book.

Acts begins with the story of Jesus’ Ascension into heaven. He has been on earth for 40 days since Easter Sunday proving to others that he had indeed risen from the dead.  He promised them a new baptism, not the baptism of John, but one where they will be baptized by the Holy Spirit.  And that this gift will give them the power and skillset they need to finish out his mission.  Which is good, because from all the accounts on the Gospel stories this bumbling group that Jesus called his apostles, needed all the help they can get.  Jesus is preparing them for the time when he will no longer be with them.

Listen now for God’s message to us today in verses 6-14 of the first chapter of the Book of Acts.

So when they had come together, they asked him, “Lord, is this the time when you will restore the kingdom to Israel?” 7 He replied, “It is not for you to know the times or periods that the Father has set by his own authority. 8 But you will receive power when the Holy Spirit has come upon you; and you will be my witnesses in Jerusalem, in all Judea and Samaria, and to the ends of the earth.” 9 When he had said this, as they were watching, he was lifted up, and a cloud took him out of their sight. 10 While he was going and they were gazing up toward heaven, suddenly two men in white robes stood by them. 11 They said, “Men of Galilee, why do you stand looking up toward heaven? This Jesus, who has been taken up from you into heaven, will come in the same way as you saw him go into heaven.”

12 Then they returned to Jerusalem from the mount called Olivet, which is near Jerusalem, a sabbath day’s journey away. 13 When they had entered the city, they went to the room upstairs where they were staying, Peter, and John, and James, and Andrew, Philip and Thomas, Bartholomew and Matthew, James son of Alphaeus, and Simon the Zealot, and Judas son of[a] James. 14 All these were constantly devoting themselves to prayer, together with certain women, including Mary the mother of Jesus, as well as his brothers.   The word of the Lord. Thanks be to God.)

The writers of the gospels were historians.  And when reading history, we always must wonder what was the angle that the author had when writing their book?  Luke certainly had a view from which he presents the stories found in The Gospel and in Acts.  Luke wants us to know that the message from Jesus was not just for a few Jews, but that it was for the gentiles and the rest of the world as well.  The message is not just for a select few but for everyone.

And, as we get into the Book of Acts during these summer months, we will find just how radical this thought is.  That God’s message is not for a select few but for all.  And that message is one of love.  That God loves us.  And because of that we should love God and others in the same way.  In Acts, as we will find that taking Christ’s message to the ends of the earth meant that the early Christians had to come to terms with the fact that God offered this love to non-Jews as well as Jews.  This is not a new and radical concept the progressive or liberal Christians made up.  Even from the very beginning the Christian message has been that God’s love is to be taken to the ends of the world as all are accepted and loved by God.

We all like to be the special ones.  We like thinking that we are somehow better than others.  That we are God’s chosen… the ones whom God favors, whose lifestyles and views are the standard from which everyone else on earth should be weighed.

I wonder if this is a universal sin since we all want so much to be right and righteous.  But God loves each of us equally and in each generation we are challenged with that notion again.  Just in the history of our country we have had to fight for equalities for people based on the color of their skin, their background, their sex, their sexual expression, and even today over who will and who will not wear a face mask in public.  Perhaps thinking we are better than others is a human condition…. I mean even here at Riviera we (and I mean me) are smug in our beliefs that we are the righteous.  We like to be the ones who are pointed at as progressive, of mavericks, and on the cutting edge.  Our Prayers of Confession might be those messages on our Facebook page about others proving Darwin was right.   We wrestle with a righteousness and smugness that isn’t God’s way. The message is universal.  As much as we don’t want to hear it, God’s message of love to the ends of the earth means that everyone…. everyone…. is loved in God’s eyes.

Today as we celebrate Memorial Day I am reminded of the trip Bo and I took many years ago to Normandy.  We went to the American and the German cemeteries there which are down the street from each other and where the dead are buried from the Invasion of Normandy on June 6th, 1944 during WW2.  The cemeteries could not look more different.  One has the white headstones of Arlington Cemetery where the US troops were buried and the other had the traditional black crosses over the graves of the Germans.  But at a closer look they were the same.  They mostly were graves of young men born the same year.  They were 18.  And they died on the very same day.   I assume each was fighting for what they believed to be the good and the truth.  And, I wept for all these very young men and the losses their parents sustained.  And my vision was that God must have carried them up to heaven together, in God’s arms, loving both with no distinction.  God’s love has no boundaries.  All those were children of God.

As the writer of Luke and Acts reports, we are to witness to God’s love to the ends of the earth.

Amazing Grace, How Sweet the Sound