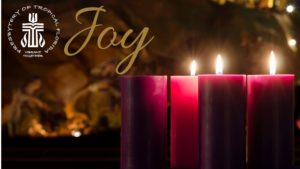 I got a group text from a friend this past Tuesday morning after the tabloids and morning talk shows shared photos of Duchess Meghan Markle in a gorgeous tight black velvet gown showing every inch of her pregnancy, cradling what they call her baby bump.  My friend asked in the group text, ‘what is it with this era of pregnant women celebrities constantly having to hold their bellies?’  And if your look on line for photos, not just of Meghan Markle but of other pregnant celebrities as well, it does seem to be a phenomena of our day.

So we all texted to the group, who are all women of a certain age… well of my age…, our thoughts on why this public belly massage or caress.

Of course in our day, we had to hide our pregnancies as long as possible.  We were breaking new ground as working women and did not want the pregnancy to put an end to our careers.

So we had fun with the holding the baby bump phenomena…. as it is something so out of our own personal experiences.

One texted, ‘Is it done out of protection… a type of mother lion syndrome?’

Another wrote, ‘Could it be a physical display that they love their fetus growing inside them?’

And one remembered she used her belly as a shelf and thought there might be a utilitarian element involved….

Another suggested we should all, men and women alike, hug parts of our bodies in public as well as a sign of solidarity with these beautiful pregnant women.

We had a great time with it, but the reality is it is indeed appears to be a form of celebration of these photographed women celebrities of a joy-filled pregnancy and their anticipation of a much wanted and already loved child.

And this morning we will read about the encounter of two women, distantly related who are pregnant at the same time.  Their pregnancies were not planned, but most were not planned at that time…. Both pregnancies were a bit of an embarrassment to the families; one because of the advanced age of the mother and the other because although betrothed or engaged to be married, the young woman had not as yet tied the knot with her fiancé.   But both women’s pregnancies were celebrated.  Both mothers knew their children were destined for great things. Both knew that God had planned great things for their babies. In their mutual sisterhood they celebrated together, and thanked God for having the confidence in them to bring up God’s own and for God’s great plan of which they were a part.

Listen now for Mary’s visit to Elizabeth and then her Song of Praise or the Magnificat found in Luke 1: 39-56.

In those days Mary set out and went with haste to a Judean town in the hill country, 40 where she entered the house of Zechariah and greeted Elizabeth. 41 When Elizabeth heard Mary’s greeting, the child leaped in her womb. And Elizabeth was filled with the Holy Spirit 42 and exclaimed with a loud cry, “Blessed are you among women, and blessed is the fruit of your womb. 43 And why has this happened to me, that the mother of my Lord comes to me? 44 For as soon as I heard the sound of your greeting, the child in my womb leaped for joy. 45 And blessed is she who believed that there would be[a] a fulfillment of what was spoken to her by the Lord.” 46 And Mary[b] said, “My soul magnifies the Lord, and my spirit rejoices in God my Savior, 48 for he has looked with favor on the lowliness of his servant. Surely, from now on all generations will call me blessed; 49 for the Mighty One has done great things for me, and holy is his name. 50 His mercy is for those who fear him from generation to generation.
51 He has shown strength with his arm; he has scattered the proud in the thoughts of their hearts. 52 He has brought down the powerful from their thrones, and lifted up the lowly; 53 he has filled the hungry with good things,
and sent the rich away empty. 54 He has helped his servant Israel, in remembrance of his mercy, 55 according to the promise he made to our ancestors, to Abraham and to his descendants forever.” 56 And Mary remained with her about three months and then returned to her home.

The Word of the Lord.  Thanks be to God.

Before we delve too far into this much beloved passage of our Advent season, I need to make two statements of disclosure.  The first is that we Presbyterians do not venerate Mary.  Whereas central to the Catholic church is the veneration and adoration of Mary, who is considered the saint of saints, the mother of the church, and who has a special and unique relationship with God, we Presbyterians do not talk about Mary too often after Advent and Christmas and then is only in terms of her pregnancy, the birth narrative of Jesus, and the few passages in the Bible about Jesus’ childhood.  And I love being able to talk about Mary as a woman.  A woman, who even though has been chosen as the mother of Jesus, was still a very young woman, a teenager in fact, with all the fears, joys, and hopes that all young women have. And that makes this Sunday each year when we talk about her that much more special.

The second disclosure is that, as you know I am a pro-choice minister and  our denomination has been pro-choice since the 1970’s and although some anti-choice people point to the passage we just read as a reason for their views, I feel it is a misinterpretation of the text and its meaning….

So, now let’s talk about this wonderful encounter between the two pregnant cousins and Mary’s Magnificat, the song of praise and thanksgiving for the wonderful things God has done.

How wonderful Elizabeth and Mary had each other.  The line immediately following the passage we read says that Mary remained with Elizabeth for three months before returning home.  Elizabeth was already over 5 months pregnant when Mary arrived, so we must assume she stayed through the birth and got to hold John before returning to Joseph.  Elizabeth and Mary  shared their pregnancy, they shared the changes in their bodies, the movement of the fetuses within each other’s wombs, and like all mothers-to-be, they shared their hopes and dreams for the futures of these special  children they would have.  I have two sisters and often think how fun it would have been if we had planned our pregnancies to be at the same time.  But, the women who I met during my pregnancy and when my children were babies, hold that special bond of sisterhood with me.

Perhaps that is why the passage we just read which immediately follows the angel telling Mary she was pregnant, starts out with the line that Mary went with haste to visit Elizabeth.  She might have been in a bit of a panic about the news that the angel Gabriel told her.  I’m sure she felt an urgency to be with Elizabeth, talk to her about what was happening and process what she had been told and what this pregnancy was and would mean.  And I assume that even though Elizabeth’s and Mary’s ages are not the same at all, they still bonded in a very special way as two pregnant women.   Both knew they were having sons and were told that their sons, although not planned pregnancies of either of theirs’, were definitely very planned by God.  Their babies had special roles and would play into God’s great work with God’s people. These boys, as men, would usher in a new day, and they would tell the world of God’s great love.

The death of former president George H. W. Bush made me think of when I met his elderly mother for tea.  She had been the friend of Bo’s grandmother who I loved dearly and whose sharp wit and personality I so enjoyed.  And after meeting, Mrs. Prescott Busch, I could see why they were friends. I asked Mrs. Bush what she felt about her son being president of our country.  She said no sane mother would hope for her child to become the president.  She went on to say that what you want for your children is that they are happy and have wonderful lives…. not that they have to shoulder the responsibilities of a country and world peace as her son had.  And I wonder what these two women, Mary and Elizabeth, would have felt if they knew the whole story of their sons’ lives.  Perhaps Mary’s song would have sounded a bit different.  Perhaps it would have been in minor key about sacrifice and not joy.

But Mary sang her song.  She sang a song to God of thanksgiving.  It closely echoed one sung by Hannah when her son Samuel was born in 1Samuel in our Hebrew Scriptures.  Mary had most likely not just heard Hannah’s song but sung it with other women in choirs at worship. In the Magnificat, Mary sings to God exulting in the present and the future promises of God’s eternal reign.  She sings of the surprise that God chose her and mixed with the humility is the knowledge that through this pregnancy and birth, she will be forever be called blessed.  Mary sings to her God who takes care of her people, who made a covenant and follows through with protection and love.

Painters have always portrayed Mary with this sainted look on her face.  I think she got there somewhere in her pregnancy, but probably not until she had the three months with her cousin Elizabeth, was there for John’s birth, and had the time to process the ‘Greetings, O Favored One’ of the angel Gabriel.  Only then could she actually sing in praise to God for what was happening to her.  Prior to that, immediately after the angel told her of her pregnancy, I bet there was a look of absolute terror and horror on her face.  She had to have been a very frightened teenager.  She probably ran to Elizabeth looking like a deer in the headlights.  But God was brilliant in giving her Elizabeth, a sister for the journey, who understood and knew what she was going through and could also be a teacher and model for her pregnancy.  Only then could she sing out in joy.  And…. I have to say, if I were to paint her, I would paint her singing her song and cradling her baby bump and stroking her swollen belly with love. Amen.