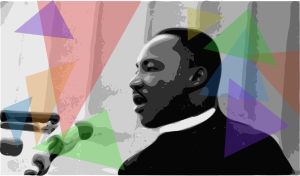 I want to start by thanking the Forest City String Band for leading us in music as we worship today.  You are, by far my very favorite band and it is so nice of you to take time out of your schedules and come down here once a year. You are my very very favorite band, but, as Bo can tell you my second favorite is the Rolling Stones and my third favorite has changed throughout my life.  At one point that position was held by a band called U2.   U2 was a band out of Ireland that was immensely popular worldwide in the late ’80s and ’90s.  The lead singer, Bono was actually nominated for the Nobel Peace Prize during that time.  Bono lectured on theology and how he mixed culture and faith in the band’s songs.  Some of you might have listened to his lectures which can be found on the internet.  One of the songs they made, that I had the Bible Study Group listen to this morning was based on the 40th Psalm which is today’s lectionary reading. But many other of their songs spoke to living out their Christian faith.  Churches were invited by the band to use their music in worship services and many of us had what we referred to as U2-charists.  To use their music the only stipulation the band made was that you take an offering to go to a not-for-profit that either fed the hungry or worked for peace and justice.  They were, to a younger and impressionable minister, the epitome of cool.

In concert, they used their song, 40, based on today’s Psalm as their encore.  They would sing the song and then get the whole audience singing it with them.  The song would continue as one by one, the band members would leave the stage until the only music left was the voices of the whole audience singing the refrain over and over again. Voices would sing, ‘I will sing, sing a new song’ over and over.  It was so powerful and so on the mark with the message of the psalmist.  The call to faith was clear.  The work of God calls us to sing a new song, both individually and corporately.

Psalm 40, a Psalm of David is both a song of thanksgiving and lament.  It starts off with the line ‘I waited patiently for the Lord, but modern theologians say a closer and more literal reading of the text would be “waiting, I waited”.  This is not a text of quiet resignation for God’s presence to be felt or an indication of patience on the part of the author, but an impatient cry for liberation in the real presence of tribulation.  Psalm 40 is a psalm that evokes the whole body in a response to God’s deliverance of us from trouble.  The author feels the emotion, sings the emotion, and physically participates in it.

The liturgical function of this Psalm (after all they were not just poems but also songs to be sung in worship) is to retell, to proclaim, and to sing praises for the wondrous deeds and numerous (in fact too numerous to count) acts of affirmation, love, and trust that come from God.  The psalmist proclaims happiness for those who rely on God. It is an affirmation that God liberates, that God delivers, and that God’s steadfast love keeps us safe forever.

What is interesting to me about the Psalm is that is moves between feeling that God has already done these marvelous things and that God needs to do them.  It is both a song of thanksgiving and a song of prophecy for what is to come.  It also moves between a personal song and a communal song of liberation and love for all.  And as I thought about it, it occurred to me that perhaps one of the messages to glean from the passage is that we need a vision of where we are headed so that we can work to get there.  After all, we do not nor have we ever lived in a perfect time.  But we know what it will look like.  We have glimpses of what God’s vision for us is and what God’s realm will be.  We know God’s realm will be all love.  We know it will be a time when all are equal and when all will know they are accepted.  And like the Psalmist, we move from celebrating these glimpses of God’s Kingdom and hoping for it to happen.

I thought about this as we celebrate the Rev. Martin Luther King Jr. Day today and tomorrow.  Rev. King saw God at work and that he was a part of the work God was calling the country towards.  He knew that God’s realm will only come when each of us works for liberation, equality, and love.  And he, like the psalmist, saw it in the now and in the future.  He had to teach the nation a vision of love and equality or he could not lead people in the civil rights movement.

When I worked with the band about the songs they would play today, we looked to ones that fitted the theme and purpose of the psalm and the Martin Luther King holiday.  Most of the music comes from old Black spirituals… of singing a vision of God’s care and a vision for a better day.  There is no doubt that the songs grew out of a time of unhappiness, of a time when a few controlled the majority and dictated who had rights, who had freedom, who could be educated, and who had a future, but in the music, there is a sure belief that God is at work and that, with God, there will be a brighter day ahead.  Things might be bad now, and Lord knows deliverance and liberation is needed, and with God’s help, there is a brighter future.  Music empowers.  Music helps us sing of our corporate yearnings for a better world.  When we sing together, it is a corporate prayer to God for change and an acknowledgment that we, indeed, are called to be the change that is needed.  The story of God’s work with God’s people is always toward freedom, always to be more loving, and always to greater acceptance, no matter how bleak and powerless it looks right now.  God gives us the dream, and we are to sing and be the song.

Listen now to excerpts from Dr. King’s famous ‘I Have a Dream Speech’ as it meant to become our dream as well.

(Six readings from Dr. King’s Speech “ I Have a Dream”)

1 – “Even though we must face difficulties to today and tomorrow, I still have a dream. I have a dream that one day this nation will rise up and live out the true meaning of its creed—we hold these truths to be self-evident, that all men and women are created equal.”

3 – “I have a dream my four little children will one day live in a nation where they will not be judged by the color of their skin, but by the content of their character.”

5 – “This will be the day when all of God’s children will be able to sing with new meaning – ‘my county, ‘tis of thee; sweet land of liberty; of thee I sing; land where my fathers died; land of the pilgrim’s pride; from every mountainside, let freedom ring.’”

Rev. Martha ShiverickHow Do We Respond to That Gift of Steadfast Love?01.21.2020