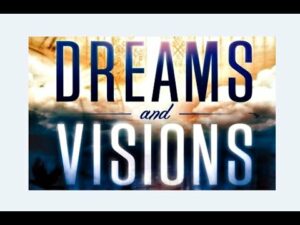 Ever wonder why we have a Nativity Pageant at church and each year?  We never get tired of them.  And here at Riviera, we have had all sorts of pageants and I am sooooo looking forward to the one we are going to have in just a few moments. I want to thank you all for participating in this one.  Our hope is that by the end of the pageant the whole congregation will be up here at the stable as we end the service with prayer and singing Joy to the World.

But back to the question… why have a pageant? Why do we annually reenact this infancy narrative of Jesus?  Why don costumes and recreate the scene from the Bible stories of the people who heard of the infant’s birth and came to pay him homage?   This is not something new in our modern era but Nativity Pageants began early in Christianity.  At first, they were done by traveling actors as a form of entertainment, but St. Francis is thought to be the first one to have a pageant actually in the sanctuary of his church.  And, of course, being St. Francis, he even brought live animals into his sanctuary which many churches do today as well.

Surely part of the Nativity Pageant is to teach the story.  And of course, nothing is cuter than seeing the children dressed up as angels and shepherds. I can tell you the characters my children were when they were little and also what me and my siblings were as well.  And what I remember the most is the fact that these pageants were never perfect.  Halos were not on straight.  Wings fell off.  Shepherds crooks became weapons when children became distracted, and more than once a baby lamb would burst into tears and run back into the congregation in search of their parents.  Although when Graham German was baby Jesus for two years in a row, he never misbehaved, there have been a few pageants at churches I have served where the baby Jesus wailed so loudly that the baby needed to be ushered off the chancel area to his or her waiting mother.  The truth is pageants are loud, they can be unruly and wild… But isn’t that also what the first Christmas was all about.

This is not a story of a baby born into a nice birthing space, but one of a baby born in a stable because the family had no other place to go…. after walking or riding on a donkey for several days to reach Bethlehem, poor young Mary, away from her family and support group gave birth in a dirty stable with animals.  Those of us who have birthed children or been present when children have been born can attest to the humor of the songs that sing of peace and silence that night when Jesus was born.  There might have been wonder, but perhaps that is because of the fact that the baby that was to become our Messiah, our savior, the Prince of Peace, who rabbi that would teach us an ethic of love and acceptance, was born in such a humble place.   This is not a story of the high and mighty but a story of our God who chose to work through very humble and ordinary means. If Jesus had been born at home, with Mary’s delivery aided by a midwife and the women of her family, I wonder if the wonder we feel as we reenact the nativity would be as great.

See, even in his birth, God gave us our first lesson.  And it is a lesson each child learns each year as we live out the nativity.  God did not send Jesus for the rich and powerful but to us.  God came in Jesus for the ancient Hebrews of his day and for you and me.  And I think that is the wonder of the story.  The wonder of the powerful also being an infant, the mighty being born in a stable, the animals being the first to witness the miraculous birth.  And so we have pageants.  They teach us, they allow us to experience the wonder, the joy, and to know the story personally in a way we could not otherwise know.

So let’s all enjoy this morning’s nativity pageant! Amen.